As preparations continue for the impending move to the Rocky Mountain Center for Innovation and Technology (RMCIT), Epic River approached the Loveland City Council with a mutually beneficial incentive deal to assist with the company's transition to the larger facility.  During the December 17 meeting, Marci Erion, City of Loveland Business Specialist, presented the Incentive Agreement Request and indicated that Epic River had signed a Letter of Intent for a five-year lease with Cumberland and Western Resources, the owners of the former Hewlett-Packard/Agilent campus. 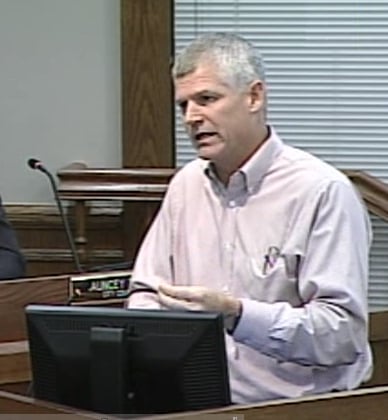 According to an analysis from Chief Financial Advisor Alan Krcmarik, who took into account Epic River's sales growth, financial projections and new contracts, the city's investment would pay off in about five years through sales tax, property taxes and other new tax revenue.  Ms. Erion also indicated that city staff supported the proposed plan and cited its alignment with the city's economic development strategy plan created in 2012. Keeping in mind the strategic plan's top goal of making Loveland the heart of innovation and creativity in Colorado, Ms. Erion indicated that the first step toward redevelopment of the RMCIT campus is to award incentives to businesses occupying the location.

Scott Mead, Epic River's Managing Partner, indicated three factors that drives the company's growth.  Process innovation, industry expertise of over 150 years of experience in the software development industry, and market research that ultimately turns a project into a product.  This product creation can spawn additional companies for Loveland, and Mr. Mead cited two such recent projects that did just that.

Council Member Joan Shaffer said, "I think given the kinds of collaborations that you clearly already do in your business that having you there as an early tenant as the facility grows will be very valuable."

The Council continued to briefly discuss the plan specifics before voting in favor of the proposed incentives, solidifying the move and ultimately making Epic River the second RMCIT tenant.

Mayor Cecil Gutierrez later said, "Assisting young companies like Epic River is important to the economic vitality of Loveland. This was an opportunity to help a local company grow now and in the future."

Epic River is planning an office build out over the next few months and will relocate its office headquarters in spring 2014.